Dr. Guy was born in 1967. He grew up in North Carolina and then attended college at Wake Forest University where he had an Army ROTC scholarship and was a walk-on varsity football player, graduating Magna Cum Laude with honors in 1989. With help from the U.S. Army’s health professions scholarship program, Dr. Guy earned both an MBA in Healthcare Administration from the Wharton School of Business and his M.D. from the University of Pennsylvania School of Medicine in 1994. At Walter Reed Army Medical Center, Dr. Guy completed his general surgery internship before becoming a general medical officer and commander of a U.S. Army family practice clinic in Germany for 2 years. From there he returned to Penn where he completed his general surgery residency and cardiothoracic surgery research and clinical fellowships. He was extremely well-trained at Penn in adult cardiac surgery, complex aortic surgery, heart failure surgery, robotics and minimally invasive surgery, finishing this training in 2004.

Once Dr. Guy completed his training, he returned to active duty to complete his educational obligation to the Army as a staff cardiothoracic surgeon at Walter Reed. Dr. Guy’s then got a unique assignment at the San Francisco Veterans Affairs Medical Center as part of a DOD/VA cardiac surgeon sharing arrangement. There Dr. Guy successfully developed one of only two robotic and minimally invasive cardiac programs in the entire VA medical system—and at the same time he taught students, residents, and fellows in the field of cardiac surgery as a faculty member at the University of California, San Francisco. During his active duty time, Dr. Guy served three tours as a trauma surgeon in the war. Twice he served in Afghanistan as chief of clinical services with the 249th General Hospital detachment at Forward Operating Base Salerno and most recently he served as chief of surgery for the 47th Combat Support Hospital, in Mosul in Northern Iraq. From his tours, the Army awarded Dr Guy with numerous recognitions including the Combat Medical Badge, Combat Action Badge, and the Bronze Star.

All of these experiences have contributed to making Dr. Guy into the advanced innovative cardiac surgeon and leader he is today.  With a background that has served him well for thinking on his feet and becoming a most creative and versatile surgeon, Dr. Guy completed his military service in 2010 as a decorated Lieutenant Colonel.  He then served from 2011-2015 as Chief of both Cardiothoracic Surgery and Robotics at Temple University in Philadelphia followed by his appointment as Associate Professor of Cardiothoracic Surgery and Director of Robotic Cardiac Surgery in 2015 at Weill Cornell School of Medicine/New York Presbyterian Hospital in New York City.  He then was appointed to his current position at Jefferson Health as Professor of Surgery & Director of Minimally Invasive and Robotic Cardiac Surgery. He was named a New York “Top Doctor” in 2016, a Philadelphia “Top Doc” 2012-2015 prior to moving to New York City and again in 2021 upon his return to Philly, U.S. News & World Report “Top Doctor” and Castle Connolly Top Doctors from 2012-2021. 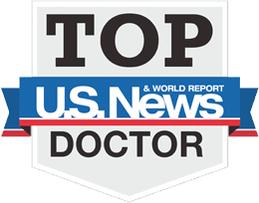 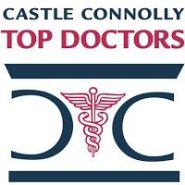 Dr. Guy earned his MD and completed surgery residency and cardiothoracic surgery fellowship at the University of Pennsylvania. He has extensive training and experience in robotic cardiac surgery. He is a former Lieutenant Colonel in U.S. Army who served 3 tours as a combat surgeon in Iraq and Afghanistan. He is Professor of Surgery and Director of Robotic & Minimally Invasive Cardiac Surgery at Sidney Kimmel Medical College at Thomas Jefferson University Hospital in Philadelphia.